South Korean police have arrested 2 men in connection with the recent jamming of global positioning systems that affected much of the country's air and maritime traffic. The 2 South Korean businessmen have been charged with violating the country's national security law. Police say North Korean spies met the two men in the Chinese city of Dandong last July and instructed them to collect intelligence information. They say the suspects had made contact with people in the South Korean military industry in the hope of collecting data on jamming devices and military technology. One of the suspects, in his 70s, was on parole after having been sentenced to life in prison 30 years ago in connection with another espionage case.
Hundreds of commercial jets and ships in South Korea experienced GPS disruptions for more than 2 weeks earlier this month. The South Korean government says the North was responsible but North Korea denies any involvement.
(Japan Broadcasting Corporation, 2012-05-31)
Publié par DPRK Monitoring à 23:36 Aucun commentaire:

South Korea says North Korea may be to blame for disruptions to its satellite-based global positioning system that have affected air travel and shipping. South Korea's Ministry of Land, Transport and Maritime Affairs says the disruptions began last Saturday and have affected 412 aircraft leaving and arriving at Incheon and Gimpo airports. The maritime police in Incheon says ships travelling in the Yellow Sea have also been affected. A total of 122 vessels, including 8 patrol boats, have reported problems with their navigation systems. There have been no reports of safety problems stemming from the apparent jamming, because GPS plays only an assisting role in navigation. But the government is calling for caution as many small fishing boats rely solely on GPS for their navigation. A South Korean government official tells NHK that the disrupting signals apparently originate from around the North Korean city of Kaesong, near the military border between the 2 Koreas. South Korea is working to locate the source of the signals before filing a protest with the North through international organizations.
(Japan Broadcasting Corporation, 2012-05-05)
Publié par DPRK Monitoring à 23:31 Aucun commentaire:

North Korea has ability to produce at least 10 nuclear weapons... 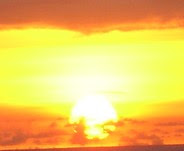 A South Korean nuclear expert says North Korea is estimated to have enough plutonium and highly enriched uranium to produce at least ten nuclear weapons. The expert, who requested anonymity, said Wednesday that the North is assessed to have more than 40 kilograms of plutonium. He said the plutonium has been acquired through at least three reprocessing efforts since 2003. Given that it takes around six kilograms of plutonium to produce one nuclear weapon, the North currently has the ability to produce six to seven nuclear arms. The expert also said the North is regarded to have 60 kilograms of highly enriched uranium, which is enough to produce three to four nuclear weapons.
(KBS World Radio, 2012-05-03)
Publié par DPRK Monitoring à 23:20 Aucun commentaire: 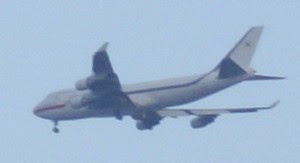 The government says North Korea has been emitting electronic jamming signals and disrupting the GPS systems of private South Korean airplanes. The Transport Ministry says the North's attack began Saturday and has affected 252 aircraft, eleven of which are foreign-flagged airliners. The jamming mainly occurred between 6 a.m. and 11 p.m. The ministry says none of the flights were endangered, and the planes have continued to operate as usual. The ministry is also looking out for maritime damage as the jamming could have affected Navy or Coast Guard vessels, cargo ships and fishing boats operating in the Yellow Sea.
(KBS World Radio, 2012-05-02)
Publié par DPRK Monitoring à 03:08 Aucun commentaire: